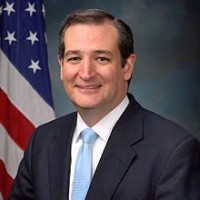 It’s not every day that the most prominent U.S. Senator in America makes mention of a State Senate candidate but that’s exactly what happened a couple weeks ago during Senator Ted Cruz’s interview with Mark Davis.

Senator Cruz is someone I worked tirelessly to elect during the last election cycle. I don’t think any of us knew just how impactful he would be in shaping the conversation for conservatives across the nation. He has quickly become one of the strongest advocates for our conservative principles and I’m honored to have been a small part in electing him.

The conservative fight is still waging and we can’t stop with Senator Cruz. Conservative victories including real budget reform, protection of the Second Amendment, and the right to life are being decided in Austin by only a vote or two in either direction. This is why I need your help today! Please consider making a $25, $50, or $250 dollar donation to help me take a message of conservatism, unafraid, to Austin. Also share this audio with your friends across Texas to let them know we have a conservative alternative to Wendy Davis.