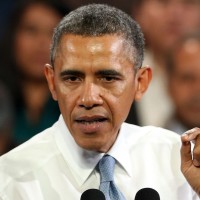 Today, Konni Burton continued to ﬁght for middle class, Tarrant county families ignored by Libby Willis and her other Democrat primary colleagues in the race for Senate District 10.

Konni Burton called out Ms. Willis last week [1] on her naive comments regarding Republicans’ solutions to the income gap in America. Ms. Willis promptly responded with another facebook [2] post ignoring the solutions Burton championed. In her response to this second post, Burton opened up the discussion to Mike Martinez and George Boll, hoping they had more substantive responses to the problems Obamacare continues to levy on Texas businesses.  Konni Burton responded saying, “Because I believe in responding to my opponents comments, I, along with many North Texans, am pleased with General Abbott’s decision to pull Texas out of the American Airlines lawsuit. The end result has provided more jobs for the DFW area.”

“Ms. Willis refuses to address the burdensome regulations of Obamacare. Perhaps, she is unaware of the lower and middle class workers whose weekly hours are being cut to 29 – making it harder for them to provide for their families. She also ignored the slush funds that are used to dole out contracts to the well connected. Maybe Mike Martinez or George Boll have more substantive responses to these issues. If the Democrats won’t even address these issues, how can they expect to connect with the families of Senate District 10?” Burton concluded.