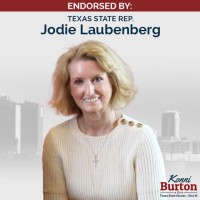 Today Konni Burton announced the endorsements of several top conservative state lawmakers in her campaign for State Senate, District 10. The endorsements come just over a week after Burton’s strong first place finish in the March 4th GOP primary with an impressive 43% in a five way race for the Tarrant County Senate seat. 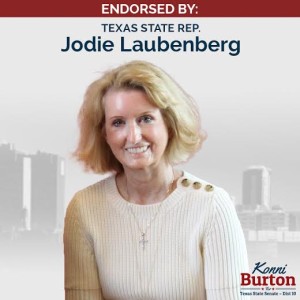 Representative Laubenberg, House Sponsor of the 83rd legislature’s HB2 endorsed Burton saying, “Konni Burton is a strong conservative who is ready to take back Senate District 10 from Wendy Davis and her out of touch liberal allies. Konni will be an excellent addition to the strong group of conservative women in the Texas Senate.” 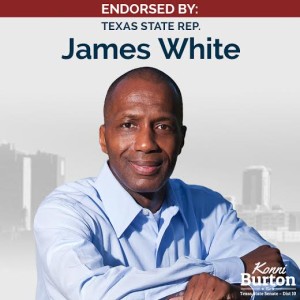 Representative James White endorsed Konni Burton saying, “I’m proud to endorse Konni. She has proven herself as a skilled conservative advocate for her community, and was great to work with as a part of the Tea Party Caucus Advisory Committee. I can’t wait to work alongside her in Legislature.” 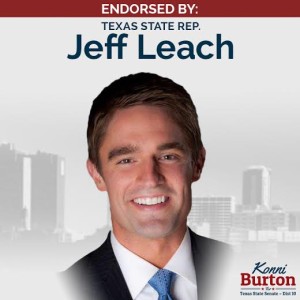 Representative Leach was first to announce his support online, tweeting, “Proud to endorse & support my friend @KonniBurton­ the clear conservative choice in the runoff for TX Senate.” Commenting on the endorsements, Burton said, “So many conservatives across Texas and in Senate District 10 have joined our campaign in the last week. It’s exciting to see the grassroots momentum continue to build. I’m honored to have these House Members on my team as a great example of principled leaders. I want to thank Representatives Laubenberg, Leach, and White for their support and look forward to joining them in Austin in the fight to secure our border, enforce fiscal responsibility, and protect the right to life.”