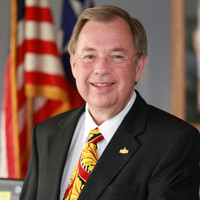 Today the Konni Burton campaign announced the endorsement of Tarrant County Judge Glen Whitley. Judge Whitley is a long time Tarrant County public servant, serving as a Tarrant County Commissioner and in his current role as Judge. Whitley has been crucial in providing improved transportation infrastructure without raising taxes on Tarrant Co. residents.

Judge Whitley offered his support stating, “Konni Burton has the conservative principles and work ethic to take back Senate District 10 in November. I’ve been impressed by the strength of her grassroots campaign, and I’m proud to endorse her in the Republican Primary runoff on May 27th”

Whitley’s endorsement is one of many the Burton campaign earned in the GOP runoff, with eyes towards defeating the Democrats in November. Tarrant County leaders are consistently unifying behind Burton, commenting on the success of her door-to-door, grassroots campaign style.

“I’m excited to have Judge Whitley’s support,” commented Burton. “His leadership has made our communities some of the best places to raise a family and do business in Texas. I look forward to working closely with Judge Whitley in Austin, so that we can, together, continue to protect the taxpayer while addressing their needs in Tarrant County.”