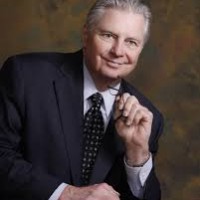 Tom Wilder formerly supported both Burton and Shelton prior to the March 4th election but has now come out squarely behind Konni Burton. Clint Burgess is a former Tony Pompa supporter and is now joining team Burton to take back Senate District 10 for conservative Republicans.

In his endorsement, Mr. Wilder offered his support stating, “Konni Burton stands out in the race for SD 10. Her campaign has reached out to voters across Tarrant County, promoting a message of responsible spending and conservative values. Konni’s campaign can beat the Democrats in November, and I am proud to endorse her in the May 27th GOP runoff.”

In his endorsement, Mr. Burgess offered his support stating, “Konni Burton has already shown voters that she is a very strong conservative. She stands for limited government and all those principles that embody the Republican voters of Tarrant County. Please join me and Senator Ted Cruz and support Konni Burton on May 27th and then again in November!”

“It’s exciting to grow our team,” commented Burton. “Both of these men are leaders who the voters have chosen to govern locally. I hope to earn that same support on May 27th and in November as we work to restore conservative principles to Senate District 10.”