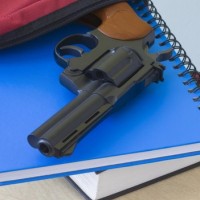 “Texas universities should be defending students’ 2nd amendment rights, not infringing on them”

(Austin, TX) Saturday, State Senator Konni Burton (District 10, Tarrant County) defended the individual rights of law abiding students to bear arms on Texas campuses stating, “Universities are institutions of learning that should prepare young people to be active and well-informed citizens, including how to responsibly exercise and defend their individual rights such as free speech, assembly and the right to bear arms.”

Senator Burton’s comments were made in response to UT System Chancellor Adm. William McRaven’s statement at a February 5th Texas Tribune event, “If you have guns on campus, I question whether or not that will somehow inhibit our freedom of speech.” When pressed for an explanation McRaven said, “If you are in a heated debate with somebody, in the middle of a classroom, and you don’t know whether or not that individual is carrying, how does that inhibit the interaction between students and faculty?”

Senator Burton further explained, “Creating a straw man argument to infringe on our 2nd amendment right has no place in this debate. Also, to insinuate that our rights are exclusive or subordinate to one another is incorrect. Rather than seeking ways to infringe on a right, Texas universities and leaders of those universities should instead be focused on defending them, thus reinforcing to our students the importance of our founding document and the rights granted to us by God.”