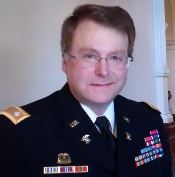 The following is a well written explanation of the Hazlewood reform that recently passed the Senate. Senator Birdwell authored the bill and is a Bronze Star and Purple Heart recipient. This column was originally posted in the Waco Tribune.

Veterans who call Texas home have always found the state ready, willing and proud to recognize their service. Check in with the other 49 states and you will be hard-pressed to find one that does more to honor the men and women who wear the uniform of our country.

To ensure the long-term sustainability of the benefits we so gladly offer to our veterans, it is incumbent upon the Texas Legislature to craft laws that can stand the test of time. In the case of the Hazlewood Act, a well-intentioned alteration to the law in 2009 established a precedent that is forcing difficult decisions to save the program.

Since 1923, the state of Texas has offered its veterans a full exemption of tuition and fees at public institutions of higher education. Known as the Hazlewood exemption, the program covers up to 150 semester credit hours for veterans who were Texas residents at the time they entered the service, served a minimum of 180 days active duty and were honorably discharged.

In 2009, the Legislature made it possible for these same veterans to pass up to 120 of their unused credit hours to a dependent — or “legacy” — age 25 or younger.

Since this change, the amount of tuition exempted by colleges and universities in Texas has ballooned from approximately $25 million in 2009 to $169 million in 2014. This represents an increase of 584 percent in five years. To look at it another way, in 2010 less than 4 percent of Hazlewood recipients were legacies. By 2014, that number had grown to nearly 51 percent, meaning more legacies were receiving the benefit than actual veterans.

If unchanged, tuition and fees waived by institutions through the Hazlewood exemption are expected to grow to $379 million by 2019. Statistics show that the majority of the increase is projected to occur through legacy students. On this path, the Hazlewood program is quickly becoming unsustainable to such a point that its benefits will be too costly to provide even to the veteran — not just his or her dependent.

Yet another element adds complexity to this issue. In January, a U.S. District judge ruled in favor of a University of Houston law student who sued the state, arguing that the residency requirement of Hazlewood violates the Equal Protection Clause of the 14th Amendment and the fundamental right to travel protected by the U.S. Constitution. Should the state lose the appeal, this decision could potentially expand Hazlewood eligibility to any veteran from any state — without prior Texas residency — and, by extension, their dependents.

On Tuesday, a bipartisan majority in the Texas Senate helped me pass Senate Bill 1735, which ensures that the state of Texas can continue to offer the Hazlewood exemption to our deserving veterans and their families. It does so by reforming the program in three key ways.

First, the residency requirement would be amended to include any veteran who has established and maintained residency in Texas for eight years, while continuing to include veterans who entered the service in Texas. This is done in an effort to recognize the sacrifices of all veterans, while still benefiting only Texas residents in a manner that would satisfy the U.S. District Court ruling.

Second, this bill would amend the eligibility criteria for the legacy provision of Hazlewood. Because this provision is the primary reason for the exponential cost growth of the exemption, its reform will safeguard our ability to continue honoring the veterans who have earned this benefit — including those who would pass the benefit along to a dependent — in a financially sustainable manner.

Senate Bill 1735 would require six years of service for a veteran to be eligible to pass hours along to their children and implement a 15-year time limit on use of the exemption from the veteran’s end of time in service. These parameters were formed in an effort to closely align with the federal GI Bill. To mirror the academic standards of the TEXAS Grant program, legacy recipients would be required to maintain a 2.5 GPA and complete 24 credit hours per academic year.
Furthermore, Senate Bill 1735 would maintain the number of hours a veteran may pass to their children (120 hours), restrict the use of the Hazlewood exemption to undergraduate programs (for legacies only) and require veterans and legacies to submit a Free Application for Federal Student Aid (FAFSA) to confirm that all available student aid is being utilized.

Finally, to ensure that these reforms are implemented fairly, a grandfathering period has been included in the bill. Anyone who is currently receiving Hazlewood benefits or begins receiving them by the fall semester of 2016 will continue to receive the exemption just as the law currently exists. Additionally, any student who would receive these benefits as the spouse or dependent of a service member who was killed in action (KIA), missing in action (MIA) or 100 percent disabled due to a service-related injury will continue to receive full Hazlewood benefits.

I know the sacrifices that veterans make for the sake of our nation, and thus I will do everything within my power to ensure that Texas continues to honor them accordingly. In order to do this, some difficult decisions must be made. It is easy to focus only on the short-term needs of our veterans and their dependents, but it would be tragically shortsighted to ignore the simple facts that foretell the long-term unsustainability of this program. Both as a soldier and as a representative of the people, it was my duty to take the necessary steps to honor those who have earned this benefit — and their families — for many years to come.

Sen. Brian Birdwell is a 100 percent disability-rated, 20-year veteran of the U.S. Army. He retired as a combat-decorated lieutenant colonel, during such time earning the Legion of Merit, the Bronze Star and the Purple Heart. In July of 2010, he was elected to represent the 10 counties and 809,000 constituents of Senate District 22, which includes McLennan County.