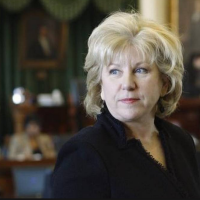 Recently, the Texas Racing Commission attempted to expand legal gambling in the state of Texas by allowing horse tracks to install slot machines styled as “historical racing” machines. Despite repeated warnings that policy decisions on the legality of gambling were to be left to the legislature and approved by the citizens of Texas, the Racing Commission moved forward with adopting new rules. In addition, the Texas Thoroughbred HBPA has called for an “investigation” into Senator Nelson and the decision she made early in session to zero-out funds for the Racing Commission. The Racing Commission will have to justify continued spending via the Legislative Budget Board. The latest actions by the commission and their allies are part of an ongoing dispute which saw Representative Matt Krause in 2014 file suit against members of the Racing Commission for ignoring the constitutional role of the Texas Legislature and the voters of Texas.

I will continue to monitor this issue and will stand with my fellow Senators against any attempt by the Racing Commission to trample the rights of the voters of Texas by legalizing slot machines without their approval. I support Texas horse tracks as a private business venture and support the rights of horse breeders to conduct business. Their continued success is now under threat by a government agency acting above the law, not by the Texas Legislature.