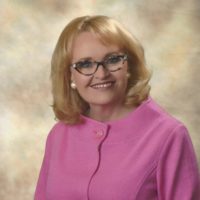 Yesterday, during a recording for a debate between my opponent and me on WFAA, Beverly Powell outright lied when she denied having been sued to pay over $7,000 in property taxes she owed. It’s not up for debate. It’s a matter of public record. In fact, click the documents below and go to page 20.

Now 24 hours later, she’s acknowledging her legal problems over property taxes but making excuses for herself.

Maybe if this was a single occurrence her excuses would be acceptable, but unfortunately this is anything but a single lapse in judgment. Beverly Powell has a long, well documented history of failing to pay taxes. In the documents below you will also see that since 2003 Powell has had 8 different liens placed against her for failing to pay $22,585 in various state and federal taxes. Yet once elected to school board she was more than happy to vote to raise property taxes on every single home and business owner. Hypocrisy, much?

Mrs. Powell wants to represent nearly one million Texans, but I doubt those same Texans take kindly to a tax-and-spend liberal whose tax policy is “for thee but not for me”.

Powell Tax Liens and Judgments by on Scribd