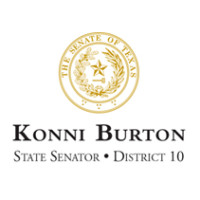 It has come to my attention that the Board will be considering the recommendations of a working group which alters the Texas History Unit in the Texas Essential Knowledge and Skills (TEKS) to change facts relating to the Siege at the Alamo.

According to a June Report of your Social Studies TEKS Streamlining Work Group on Middle School TEKS, the term “heroic” represents a “value-charged” word when used to describe our state’s forefathers who gave their lives to stand up to the tyranny of the Mexican regime. Furthermore, this report calls for the elimination of Colonel Travis’ Letter from the Alamo in which he calls for aid to his inferior force in defending the site from the Mexican Army.

I like most Texans, many historians, and an entire bookshelf full of dictionaries believe that a small, outmanned, outgunned, and ill-prepared force who faced overwhelming odds and made the decision to strategically defend a position knowing they would likely die doing so represents the absolute quintessence of what is “heroic”.

I would remind you of the magnitude of both the heroism of the Defenders of the Alamo and Travis’ Letter: the sacrifice that the Texans made there stood as a pivotal moment in our State’s war for Independence that galvanized and electrified the Texans and Volunteers to redouble their efforts in the war while invoking the memory of those who perished.

To say, we say “Remember the Alamo” with great gusto, not only to pay homage to the Alamo Defenders, but because that was the battle cry of the Texans on every engagement after the siege. Indeed, without the Alamo, it is unclear whether the Texans would have won the war.

I cannot exaggerate my distress over the possibility that this moving vignette of Texas heroism and valor could be struck from our children’s history lessons and that we could forget the sacrifice of those who died to secure our liberty.

Please stand with me and fellow Texans in honoring the defenders of the Alamo and oppose any changes to this TEKS unit.