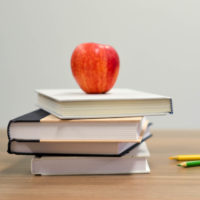 It’s time for another KB’s Hot Take where I give you my thoughts on the issues facing Texas from the perspective of a citizen, political activist, and former conservative legislator. In my first piece, I talked about the massive budget the 86th Legislature passed and how that is pushing us towards a much more fiscally uncertain future for the Lone Star State. I want to focus on one part of that budget—a part that may be small now, but has the potential to become much larger and more pernicious—government-funded Pre-K.

Holly Hansen, one of our reporters at The Texan, wrote a fantastic piece that highlights the Democratic presidential candidates’ views on education policy at a forum held by the National Education Association in Houston. Each candidate promised ambitious overreach of the federal government into education and while every aspect of their federalized education policies is objectionable to me, what is most unpalatable is their continued march toward government-funded Pre-K.

Which is why it is so depressing that here in Texas, Republican legislators, led by our Republican Governor are beating this same drum. At the NEA Democratic forum, Joe Biden said of universal preschool, “What I don’t get is why we’re even arguing about this anymore.”

Is he insinuating that Republicans are opposing this pernicious government creep? Unfortunately, Republicans here in Texas are not.

According to a study by the left-leaning Brookings Institute in 2018:

“Unabashed enthusiasts for increased investments in state pre-K need to confront the evidence that it does not enhance student achievement meaningfully, if at all.”

The Brookings study comes on the heels of several studies in recent years that have come to similar conclusions, including one which showed that by 2nd and 3rd grade any advantage held by students that attended state-sponsored Pre-K was lost, and those students’ achievement metrics were eclipsed by students who hadn’t attended Pre-K at all.

In fact, the students who attended Pre-K in these studies had more disciplinary infractions and special education placements than their non-Pre-K educated peers. What is the point of state-funded Pre-K if it doesn’t help education or behavior outcomes?

Nothing, because education really isn’t the point.

When big government education policy advocates say “Pre-K,” what they really mean is “daycare.” There is very little formal learning that happens in Pre-K and there’s certainly not enough curriculum to fill the 6-8 hours of it that advocates of this policy support. It is no coincidence that the hours of K-12 schooling are designed to mimic the hours of the workday, and where the formal education hours fall short, publicly-funded extracurriculars fill the gap. Pre-K is no different, and many left-wing activists and politicians echo this sentiment.

Nanny-state is a term often overused by conservatives who lament increased government intervention in people’s private lives, but here it is as accurate a description as any. Texas Republicans and Democrats have teamed up over the last few years to take more hard earned money out of the pocketbooks of Texans to create a program politicians think infants need rather than leaving those taxdollars in Texans’ pockets and allowing daycare decisions to stay with whom it should be – the parents.

There’s another issue. Optional government programs never last, they inevitably become mandatory. What is starting as optional Pre-K for those who want it will inevitably become mandatory, justified by dubious reasons like better educational outcomes. Add free college and it seems like the government is just itching to make sure that from ages 3-21 our kids are acclimatized to government being as big a part of their lives as their family.

We’ve seen the utter insanity our college campuses have descended into in recent years. What incentive structure early in life leads to the idea that a fully-grown adult has a right not to be offended? Perhaps it comes from cradle-to-grave entitlements that politicians are more than happy to provide—with other people’s money.

Evermore government programs for ever younger children at ever greater cost to the taxpayer—that is the future Texas Republicans and Democrats alike are catapulting us towards.

The question that must be answered by both parties here in Texas is: “why?”

P.S. Tired of getting your news from left-leaning media outlets? The Texan delivers objective news without being hostile to your worldview. Get 15% off unlimited access for the year with a $90 plan so you can make informed decisions for Texas!