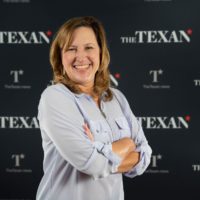 This week, members of the legacy media apparatus lost their everloving minds after a reporter from the Houston Chronicle came across a social media ad The Texan is currently running.

Zach Despart with the Chronicle tweeted out a screenshot of our ad and commented that he was “extremely disappointed” that we labeled the Houston Chronicle, Dallas Morning News, and Austin-American Statesman as fake news. Extremely disappointed? I couldn’t care less that Zach had his feathers ruffled by The Texan calling liberal media out for what they are. There’s a reason “fake news” resonates. And that’s because people see through the claims of these legacy media outlets who profess to be “unbiased” arbiters of truth, yet write and spin stories from their left of center perspective, rather than doing their job of reporting news with just the facts. It’s grown so tiresome and we’re fed up with it.

Needless to say, his indignation certainly didn’t go unnoticed by other members of the press.

Immediately, reporters, editors, and the left (but I repeat myself) began retweeting and replying with their usual elitism and again… their left-wing bias.

Jordan Blum with the Houston Chronicle:

Specifically, our ad cites a study that found that 96% of donations from journalists in the last Presidential election went to Hillary Clinton.

Which caused the Houston Chronicle’s very own editor to tweet this at me: Not only can we cite the study in the ad, but we also took the liberty of fact-checking his statement, and according to data compiled from the Federal Election Commission, employees of the Houston Chronicle, the Dallas Morning News, and the Austin-American Statesman have certainly made political donations.

Here’s what we found looking at data from the last 15 years going back to 2004:

Of all the donations full-time, non-contract employees of these outlets have given to Democratic candidates, 40% were from those who directly impact the content — editors, managers, and reporters, with the average donation amount equaling $99.83.

Of all the donations full-time, non-contract employees of these outlets have given to Republican candidates, only 1.7% were from editors, managers, and reporters. The average donation amount equaled $36.22.

In total, these Texas journalists gave $326.00 to Republicans.

In fact, the original author of the tweet criticizing us for our ad about journalists donating to liberal causes donated to a Democrat campaign fund himself while employed by a news agency.

But media bias is a myth, right?

Needless to say, there is a reason it’s a dying industry — Texans are sick of it and they’re leaving these media dinosaurs in droves.

But what I’m amazed by is the fact that these guys still don’t get it. Their indignation proves it.

It also shows they don’t understand competition. Clearly, they are used to living in a world where they are left alone to pat each other on the back while furthering their incessant narrative-driven agenda rather than actually reporting facts of a story that may not fit their worldview.

The Texan is exposing and disrupting that. We’re competing. And they don’t like it.

A marketing piece isn’t the problem with the news industry — the singular, harmonized voice marking the pages of every legacy media outlet is.

We need you to join us in this fight against the liberal’s overwhelming monopoly in Texas media. Unlike other outlets, we don’t take money from advertisers or donors. We are funded by our readers, and directly accountable to you for each and every story we publish.

Help us combat the mainstream media in Texas, tomorrow and for years to come. We need you to step up and send a clear message by subscribing to a real news outlet here in Texas.