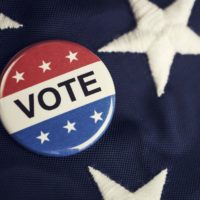 It’s that time of year again! The March primary elections are just around the corner, and early voting starts this week.

Every two years, we have the opportunity to elect leaders that represent our values and who will adhere to the conservative principles we hold so dear.

And, though the prevailing narrative surrounding 2020 is focused on the battle between Republicans and Democrats in November, the real battle begins now during the primary election.

We must make sure and do our part to vote for strong, conservative candidates in every Republican primary race on our ballot. We need to elect candidates who will truly fight for limited government, personal liberty, and free market principles, now, so we have strong Republicans on the ballot in November.

Republican clubs and conservative organizations all across Texas have been hosting debates and forums to help you decipher between these candidates running in the primary election. Many, if not all, were live-streamed by these groups and likely these streamed events will still be on their Facebook pages, so please take the time to find them and watch!

Another tool you can use to bone up on these races is a brand new feature called “The War Room,” which was put together by our team at The Texan. It’s a one-stop shop for all the campaign news in Texas’ most contentious races for both the primary and general elections.

Our team compiled the latest fundraising numbers, polling data, eligible candidates, and articles for these races so you can make the most informed decision when you cast your ballot. Make sure to check it out, and check back for updates as new information will be added!

Election Day is March 3rd, but this Tuesday, February 17th, is the first day of early voting. Get out to the polls to make your voice heard!

Once these primary elections are over, we’ll turn our eyes toward November — and the battle that is already raging over the heart of our state and the future of Texas.

As the Democratic party’s base lurches further and further left, Dem candidates all over the country are challenging incumbents in their own party who aren’t “progressive” or “woke” enough. In Texas, it’s no different. Blue dog Democrats of old are facing attacks from members of their own party who tout socialism as their prevailing doctrine. Which Democrats our Republican candidates will ultimately face in November is yet to be seen. But make no mistake, every Democrat who will be on the ballot in November, will be pressured by their overtly progressive base to push those policies if victorious — even in Texas.

One thing we do know… Margaret Thatcher was spot on when she said, “The problem with socialism is that you eventually run out of other people’s money.”

And that is why it’s so very important during this primary election to vote for strong, principled conservatives who will not only push back on this insane philosophy the Democrats stand for these days, but someone who will also push back on elected Republicans who are only aiding and abetting the Dems with their big government programs.

Engage. Pray. Vote. The future of our state depends on the willingness and grit of Texans to stand up and demand that their elected officials respect and protect our God-given rights and freedoms.

The good news? Texans have never lacked willingness. Or grit.