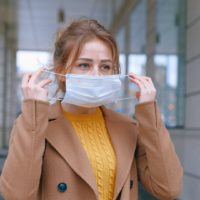 You may have seen that this week, the Group of Seven (G7) countries — the United States, the United Kingdom, Germany, Canada, Japan, France and Italy — were unable to reach an agreement about a joint statement drafted by the United States State Department regarding the coronavirus pandemic.

In the draft, the virus was referred to as the “Wuhan Virus,” deriving its name from the Chinese city where the outbreak is widely believed to have gotten its start.

Needless to say, the language was not agreed upon as the terms “Wuhan virus” or “Chinese virus” have been deemed racist, insensitive, and politically incorrect by those on the left.

And don’t dare utter those horrific phrases on social media, lest you want to summon an angry mob of “tolerant” leftists who will berate you for simply naming the place of origin of this horrible disease.

And par for the course, the Austin American-Statesman took to their editorial page to lambast Republican elected officials, and specifically President Trump’s use of the terms.

“[I]n recent days, President Donald Trump has eschewed the internationally recognized terms of coronavirus and COVID-19 for his preferred term: ‘the Chinese virus.’ Trump is nothing if not a master of branding, his words carefully chosen and relentlessly repeated to drive home a message.”

According to the Statesman, it’s a “toxic worldview blaming immigrants and foreign countries for an array of America’s problems.”

The editorial went on to make the claim that Trump “…is trying to paper over his administration’s failures…by blaming the disease on a foreign country.”

Here’s the difference between The Texan and other state-level media outlets:

But let’s continue with this idea that calling the virus a name associated with a geographical origin is intrinsically racist. If calling this disease the Chinese or Wuhan virus is unacceptable, what about the Spanish Flu? Asian Flu? West Nile Virus? Are the uses of those terms also racist or xenophobic according to these new standards?

And here’s the thing — not only did COVID-19 originate in China, but communist leaders in China purposefully deceived the world about the virus for weeks and hid the extent to which the outbreak affected their population.

These are the same communist leaders, by the way, who are now claiming that it was in fact the U.S. military that introduced the virus to their population.

Regardless of what term you choose to use, whether it be coronavirus, Wuhan virus, Chinese virus, or COVID-19; one thing is certain, media outlets should never whitewash facts just because the facts do not fit their political agenda.

You can count on us at The Texan to present you the facts, regardless of whether it’s deemed politically correct by the masses or not.

Stay safe, wash your hands, and consider subscribing to The Texan today. We can’t do this without you!

P.S. This coming Tuesday, March 31, 2020 at 12PM I’m going to be doing a live online presentation about liberal bias in Texas news media. It’s so important that we understand the problem and what we can do about it as everyday Texans. Click here to sign up and join me!