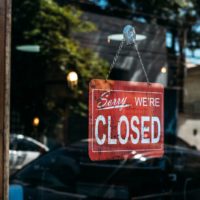 I’ve said these words so many times when Republican elected officials ditch principles they are supposed to stand for, that even I get tired of hearing me say them:

And now more than ever I’m constantly saying:
We’re either the party of personal responsibility, or we’re not.

Why is this principle one that so few of our Republican elected officials believe in anymore? And frankly, why is it one that so many citizens are relinquishing?

Too many Republican leaders of our state have absolutely taken individual responsibility out of the equation when considering how Texans should respond to the coronavirus and it’s maddening.

But honestly, what frustrates me even more is the number of Texans I’m now seeing beg their government, whether it be at the city, county, or the state level, to literally institute more enforcement measures that burden their families and fellow citizens. It’s shocking.

Republican Collin County Judge Chris Hill clearly remembers the principles he stands for as he issued an order that stated that “all businesses are essential,” allowing the businesses — or rather the business owners — in his County to make their own decisions regarding staying open and what precautions their particular business should make that is best for them, their customers, and their community.

Of course at the press conference where the announcement was made, the legacy media attacks were immediate as reporters were outraged that he didn’t use his elected position to be the authoritarian they thought the citizens needed. There’s absolutely no doubt he received these same attacks from Democrats (Democrats/media — but I repeat myself) in his district, but what is so distressing to me is that he likely got those same harsh rebukes from too many who vote Republican as well.

I’m seeing this startling acquiescence of personal responsibility from far too many on the right these days.

What has happened to so many people in America — nay, Texas — that we are becoming people who want the government to dictate to us and our neighbors such authoritarian measures? Getting guidance and information is one thing. Pleading the government to force everyone else to do what one person or group of people wants everyone else to do is downright disturbing. And unfortunately, that’s what I’m witnessing.

If we’re not, then what? Do we just sit back and allow politicians to continue to take from us what is rightfully ours? Because they absolutely will.

Is that really what Texans want? For now, maybe they do. But months or years from now they’re gonna look back and wish they had kept calm, and held to this principle. I guarantee that.

Republican elected officials must stop acting like Democrats during this coronavirus episode and give people the respect and dignity they deserve to be responsible citizens during this time. And Texans — including those on the right — must stop pleading for more government intervention over our lives just because this pandemic is something they haven’t faced before.

C.S. Lewis famously said: “Of all tyrannies a tyranny sincerely exercised for the good of its victims may be the most oppressive.”

Texans must not allow themselves to be, nor beg to be victims under the pretense of “good.”

Personal responsibility is not only a conservative value; it’s a Texas value and one that I am not willing to relinquish, but will definitely continue to fight for.