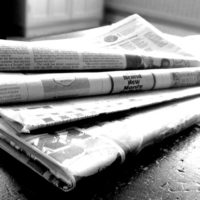 A must read for all Texans right now is an article we published this week at The Texan titled “Five Trends in Coronavirus Data Indicate Texas is in Strong Shape.”

Normally I don’t start my Hot Take off with a link to one of our articles but when you see what else I have to share with you, you’ll understand why.

Obviously, the last several months have been… interesting, to say the least. What started as a concern regarding a virus affecting a population halfway around the globe, grew into a fear that it may come to our shores and then ultimately morphed into an outright panic, the likes of which I’ve never seen in my lifetime.

That panic was seized upon by our ruling class when they were shown a model that projected what might happen here in our country if no precautions whatsoever were taken as we individually and collectively faced this virus — never mind that precautions are always taken by Americans when faced with any disease. We are all quite aware what would happen to ourselves, our families, and our society if we totally ignored an infectious disease and just let it run rampant.

However, that didn’t stop politicians from tossing aside so many of our constitutionally protected liberties with overreaching government orders. Those who once claimed to stand for limited government claimed that government solutions alone were the answer. Those who claimed to believe in capitalism and its value to society decided that same life saving economic engine needed to come to a screeching halt.

You know who didn’t change their playbook during all this? Texas legacy media outlets whose purpose it seems is to force narratives on Texans.

When Governor Abbott finally came out and gave the go ahead to a limited number of businesses to start reopening in Texas, you’d have thought the state was on the verge of a catastrophe based on headlines of these outlets.

Examining the facts, and presenting those facts to Texans, wouldn’t help the media drive their agenda of pulling the state more and more to the left. So instead, they decided to present the numbers in the worst possible light. The group-think displayed by their social media accounts is truly amazing and of course, revealing.

Just take a minute to scroll through a dozen or so posts. Spot any similarities?

Amazing, huh? And that right there is why The Texan exists. Not to be another group-think, left of center media outlet that cherry picks data for narratives sake, but rather an independent news outlet that gives you all the facts.

And speaking of facts, I do hope you’ll read Daniel Friend’s awesome piece that presents the data for coronavirus in Texas and what that data reveals as businesses open and people get back to work. Getting the full picture certainly tells a different story than what the liberal media would have you believe.

Here at The Texan we are proud to be an independent voice of unbiased journalism and hope you’ll spread the news about us!