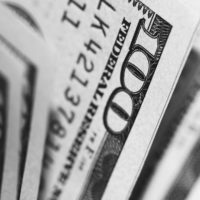 If you haven’t read the recent report by the Texas Comptroller (and frankly, why would you?), it states that tax revenue in Texas dropped 13% in the month of May. That’s a 13% drop compared to May of 2019.

Horrible. But this was not unexpected and certainly shouldn’t have been unexpected by our state-level elected officials who mandated this shutdown resulting in that severe decrease in tax receipts.

But in response to this decline, Governor Abbott, Lt. Governor Dan Patrick, and House Speaker Dennis Bonnen proclaimed that government spending needs to be cut by 5%. Then they promptly exempted most of the state budget line items from that 5% cut amount, which actually results in less than 2% of spending reductions!

This is equivalent to the main wage earner in a family losing their job (which is happening all over the state right now because of the shutdown) and their spouse proclaiming the family will cancel their Netflix account to make it through!

Do these state leaders even realize how absurd a measly 2% spending cut is?

What’s bizarre is, politicians at every level are responding to this crisis by either nibbling around the edges with this kind of insulting response or actually spending more!

They hope you don’t notice. You need to.

If the state does not cut spending in any serious way — and soon — it will result in one of three things: a significant budget deficit giving politicians the “need” to raise taxes, a taxpayer-funded bailout through the federal government (which, shocker, is still our money), or the same accounting gimmicks employed in 2013 that frustrated conservatives so much that some of them ran for office — myself included.

For the two terms I was in the Texas Senate, the few of us fiscal conservatives serving at the time worked so hard and made sure to keep spending down to inflation plus population — the gold standard of fiscal responsibility. That wasn’t due to just one voice, but because the Texans who voted us into office made it clear that they wanted fiscal discipline in the Texas legislature. So, we gave it to them.

Now, the government is getting less of our money, because the government shut down our economy. You’d think Republican elected officials would intuitively know by now that they need to cut spending, cut programs — whatever it takes because Texans are hurting too. However, I’m not hearing of grandiose plans to do any such thing.

So far, these state leaders are not doing the same. Why? Because unlike you, the government can forcefully take more of your money, or rack up more debt that you are responsible to pay.

They play by different rules, and it’s time for us to call them out and demand they stop creating problems that we have to constantly bail them out of.