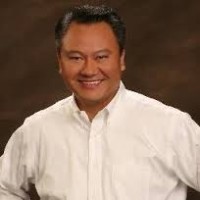 FORT WORTH—Today the Konni Burton campaign announced the endorsement of Tarrant County Commissioner Andy Nguyen. Nguyen is Commissioner for Precinct 2, in Southeast Tarrant County, and has provided strong, conservative leadership there since 2010. An immigrant from Vietnam, Andy is a retired artillery officer in the United States Army, and is the founder of a telecom company, AIT Technologies.

In his endorsement, Commissioner Nguyen offered his support stating, “As a candidate for public office, I spend a lot of time knocking on doors and visiting with the people of Precinct 2. Doing so allows me to better understand and represent my constituents on the County Commissioners Court. In the race for Texas Senate District 10, the candidate who has demonstrated that kind of commitment is Konni Burton. In the first round of the campaign, Konni knocked on thousands of doors and as a result, won the majority of the voting precincts where over 100 votes were cast. Since then, I have taken the time to visit with Konni and discuss the challenges she will face as our next Senator. I know that Konni is up to the challenge and will effectively represent the needs and values of the District 10’s citizens. I am today announcing my endorsement and support of Konni Burton to be our next State Senator in District 10. I ask you to do the same in the May 27 Republican Runoff Election.”

Nguyen’s endorsement is critical in the GOP runoff, and part of the growing momentum behind Burton’s campaign in the weeks before early voting. Commissioner Nguyen joins Tarrant County Judge Glen Whitley and Tax Assessor/Collector Ron Wright in offering their endorsement in the runoff, with an eye on defeating the Democrats in November.

“I am very excited to have Commissioner Nguyen’s support,” commented Burton. “Andy is truly a grassroots conservative who gets it. Voters appreciate when those seeking public office spend time at community gatherings and going door-to-door listening to concerns and asking for support. Our campaign has taken this grassroots approach since day one, and adding Andy’s support today is a great boost to out team.”