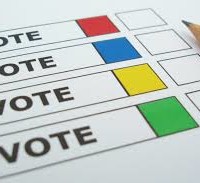 October 19th, marks the first day of early voting on the seven proposed amendments to the Texas Constitution. Before an amendment is put to a vote of the people of Texas for ratification, it must first pass both chambers of the Texas Legislature with at least a two-thirds vote in the affirmative. Last legislative session, dozens of constitutional amendments were proposed but only these seven made it through the process and are now up for final approval by Texas voters.

Early Voting will be from October 19 to October 30.

Below is the ballot language for all seven proposed amendments:

Proposition 1: The constitutional amendment increasing the amount of the residence homestead exemption from ad valorem taxation for public school purposes from $15,000 to $25,000, providing for a reduction of the limitation on the total amount of ad valorem taxes that may be imposed for those purposes on the homestead of an elderly or disabled person to reflect the increased exemption amount, authorizing the legislature to prohibit a political subdivision that has adopted an optional residence homestead exemption from ad valorem taxation from reducing the amount of or repealing the exemption, and prohibiting the enactment of a law that imposes a transfer tax on a transaction that conveys fee simple title to real property.

Proposition 3: The constitutional amendment repealing the requirement that state officers elected by voters statewide reside in the state capital.

Proposition 5: The constitutional amendment to authorize counties with a population of 7,500 or less to perform private road construction and maintenance.

Proposition 6: The constitutional amendment recognizing the right of the people to hunt, fish, and harvest wildlife subject to laws that promote wildlife conservation.

Proposition 7: The constitutional amendment dedicating certain sales and use tax revenue and motor vehicle sales, use, and rental tax revenue to the state highway fund to provide funding for nontolled roads and the reduction of certain transportation-related debt.

If you have any questions about these proposed amendments, or where to vote, please contact my District Office at (817) 882-8157. Early voting runs through October 30th and Election Day is November 3rd. Your voice is very important at the ballot box; please take the time to go vote.