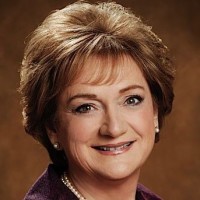 Cathie endorsed the Konni Burton Campaign saying, “Konni Burton is a proven conservative leader who knows what she believes and why. Most importantly, she has shown the courage to stand for our conservative principles. Konni’s dedication to God, family and country provides a stark contrast to the incumbent’s extremist views. I hope my friends in Senate District 10 will join me in supporting Konni Burton for the Texas Senate. Cathie Adams, Texas Eagle Forum President and former Chairman of the Republican Party of Texas”.