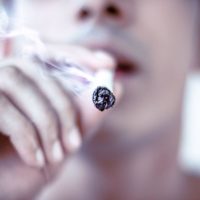 Did you know that, as of today, yet another nanny-state law enacted and passed by our Austin ruling class goes into effect? Yep. From this day forward, all 18-year-old Texans can no longer legally purchase tobacco products until they turn 21.

Because, as we all know, Texans across the state turned out in record numbers in the 2018 midterms precisely because of the scourge of tobacco products!

Now don’t think for a minute that our Austin overlords came up with this bill all by themselves. No, they had a whole heap of help from national and statewide special interest groups who are aware that 18 year olds are allowed to vote, but who are also determined to decide for those same 18 year olds, when they should be able to legally purchase tobacco products.

Then there was the tobacco industry itself, which was happy to jump onboard the ban because competition from an up and coming vaping industry was getting fierce. Protectionism is alive and well in Austin! And let’s also not forget about the slew of lobbyists who were more interested in lining their pockets with special interest money than actually thinking about their fellow Texans and the ramifications of this kind of pernicious government creep.

We generally have to worry about these kinds of paternalistic laws when Democrats are in charge. After all, they are the party of more and bigger government, right? Unfortunately, we see these passed constantly by Republicans too.

In fact, this particular one was championed by our Republican Lieutenant Governor, who made it one of his 30 priority bills. He then entrusted it to the Republican State Senator from Houston who strong-armed this bill through the powerful State Affairs committee. And then, of course, our majority Republican legislature ultimately passed it into state law.

As Billy Mays used to say, “But wait, there’s more!” In their infinite wisdom, these same elected officials, who decided that all of a sudden 18-21 year old Texans could no longer shoulder this awesome burden of purchasing tobacco products, they then decided that military personnel in that age group can have this staggering responsibility.

I’ve talked to hundreds of veterans over the years, and not one of them told me they fought in order to secure more rights for themselves than for the family, friends, and countrymen they were willing to sacrifice their own lives for. They fought for all, equally.

I’m used to nanny-state policies from Democrats, it’s what they live for. Liberals always want to tell us how to live our lives — with the backing of government force to achieve that, of course. But why are Republicans, not just in Texas but nationwide, becoming more and more relentless about passing more and more legislation that dictates the behavior of legal adults?

This isn’t happening in a vacuum. In a previous Hot Take, I talked about how Democrats and Republicans have teamed up to increase the size and scope of our public school system by adding in pre-K for 3 and 4-year-olds. Where is the party who professes to believe in limited government?

In another Hot Take, I wrote about how the “uni-party” came together passed an obscenely bloated budget this past session. Where is the party of fiscal responsibility?

While this “tobacco 21” bill — as it was dubbed — may not seem significant or alarming, trust me, it is. Look no further than where we are in this country with the size and scope of our federal government. Our D.C. elected officials’ relentless obsession to pass more and more laws that dictate every aspect of our lives is totally out of control and it’s why we have the behemoth in D.C. we now do.

Our state leaders and legislators should be pushing back on that kind of behavior, not mimicking it — lest we become in Texas what we loathe in D.C.

As William Federer stated in Change to Chains: The 6,000 Year Quest for Control: “the story of liberty is a history of the limitation of a government power, not the increase of it.”

Now, if we can just get our Republican-led legislature to grasp that.