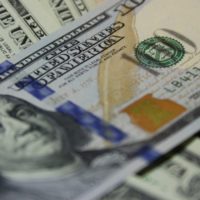 As we have been preparing for Christmas, buying presents for loved ones and readying our homes to host family and friends, politicians in Washington D.C. were unfortunately spending our tax dollars into absolute oblivion.

This past week, the US House and Senate both passed a $1.37 trillion omnibus spending bill — a whopping 2,300 pages that no one had time to read but rushed through so politicians could promptly fly home for the holidays. It’s funny how Congress becomes totally bipartisan when it comes to these end of year gynormous spending bills, isn’t it? And by “funny” I mean, disgusting.

According to the Committee for a Responsible Federal Budget and reported by The Texan’s own Brad Johnson, the bill will add nearly $500 billion to the national debt.

And that’s just over the next decade.

Here are just a few of the egregious highlights found in this horrible piece of legislation:

Wouldn’t it be nice if instead of spending our hard earned dollars on political and immoral line items that continue to grow the size of government and the scope of the nanny state, that politicians would instead return those hard earned tax dollars to those of us who earned them, so we could do real and impactful good with those same dollars in our own communities?

(Thankfully, Texas Congressmen Jodey Arrington, Michael Cloud, Louie Gohmert, John Ratcliffe, Chip Roy, Ron Wright, and Van Taylor as well as Texas Senator Ted Cruz each voted against both measures of this spending fiasco. Thank them the next time you see them.)

Unfortunately, the fiscal mindset of elected officials at the state level wasn’t much better this past session either.

For two sessions prior to the 86th legislature I was in the Texas Senate, and my classmates and I absolutely pounded away on the message that we must be good stewards of the taxpayer dollars we are entrusted with. That message was received and we passed two state budgets that did not grow more than population and inflation — the gold standard for a conservative budget.

Then, the “Beto-wave” hit Texas during the 2018 election cycle and many of us fiscal conservatives, who had worked so hard to rein in spending, were suddenly gone. And yet, with a majority Republican legislature, Republican speaker, lieutenant governor, and governor, the 86th legislature passed a state budget that, for the first time in history, topped a quarter trillion dollars.

This record also blew well past the population plus inflation standard.

And don’t put your hope for less spending at the local level either. In fact, Texas’ local governments have accumulated $365 billion in debt, which makes it an $11 billion increase in overall local debt from the previous fiscal year.

As you can see, we have a bipartisan spending problem and it’s at every level of government!

I’m so sorry that this Hot Take has brought such bad tidings! But do not be discouraged! For in a few days we will celebrate the good news — that an angel appeared to lowly shepherds in Bethlehem and told them that the Savior, a Messiah was born. May we all take the time to rejoice in that!

But after the holidays are over, and our friends and family have returned home, and the decorations have been put away, I hope that this Hot Take serves as a reminder for you when making your 2020 New Year’s resolutions and you will pledge to stay involved and engaged at all levels of government. That is definitely one of my resolutions!

I wish you and yours a safe and very Merry Christmas! Thank you so much for continuing in this fight with me. I am so grateful for each and every one of you!