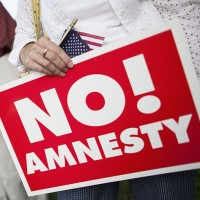 “A Federal Court stayed President Obama’s executive order granting 5 million illegal immigrants temporary amnesty late yesterday evening,” stated Burton.  “This ruling is about process, not policy. President Obama has once again crossed the line separating our coequal branches of government by attempting to legislate from the White House. Our Constitution is clear and unambiguous that any such change in our immigration laws must originate from Congress. I applaud Governor Abbott for his defense of our Constitution, and the checks and balances which safeguard our liberty.”