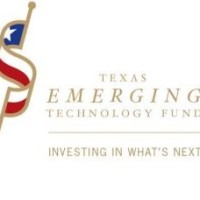 (Austin, TX) Monday, Senator Burton commented on Governor Abbott’s statement regarding the elimination of the Emerging Technology Fund, a fund that awards taxpayer dollars to new technology based businesses. Governor Abbott’s proposal includes moving a portion of the fund to the Governor’s University Research Initiative and a portion to the Texas Enterprise Fund.

“The government should not be doling out tax dollars to select businesses. I’m encouraged by the Governor’s proposal and support his move to eliminate the fund,” commented Burton. “However, I would encourage my colleagues in the Senate and the Governor’s office to eliminate the Texas Enterprise Fund as well. Moving money from one troubled fund to another is not solving the inherent problem of government picking winners and losers in the marketplace. As conservatives who profess to believe in the free market, it’s time we prove it by eliminating these funds and ending this flawed process that encourages crony capitalism.”