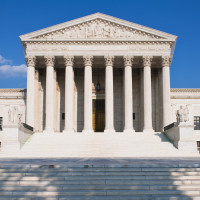 Freshman Republican Senators Steadfast in Their Resolve to Repeal Obamacare

“Obamacare is a disastrous, fatally flawed policy riddled with broken promises and false hope. Instead of delivering on its charge to make healthcare more affordable, premiums have skyrocketed, access to care limited, and deductibles grown so large that insured dollars have become unreachable for many families. Jobs have been killed, hours available for workers restricted, and in one stroke of the President’s pen the promise of the American dream has been pushed beyond the grasp of many striving to make a better life for their families.

Today’s contorted Supreme Court ruling attempts to throw Obamacare another lifeline but does nothing to fix the underlying problems hurting our constituents and threatening the American economy. On top of the additional costs levied on Texas families and small businesses, our state budget now includes a quarter of a billion dollar Obamacare fee impacting our ability to allocate state resources towards the priorities Texans have asked for. It is time for leaders in Washington to show some political courage and stop relying on the Courts to do their job. Today’s Court decision does nothing to weaken our resolve to repeal Obamacare and, alongside our Governor and Lieutenant Governor, we remain united against any attempt to expand, or further implement, Obamacare in Texas.”

The 2015 class of Republican Freshman Senators include Senators Paul Bettencourt, Konni Burton, Brandon Creighton, Bob Hall, Don Huffines, Lois Kolkhorst, Charles Perry, and Van Taylor. Together they represent over a quarter of the Texas Senate, with at least one of the group on every committee in the Senate. Labeled by many pundits as the most conservative class in the history of Texas, the Liberty Caucus is committed to limiting the size and reach of government, securing the border, stopping the expansion of Obamacare, protecting family values, lowering the tax burden on families and small businesses, and promoting conservative solutions for Texas.