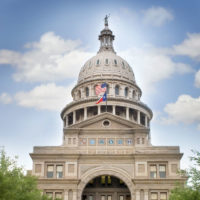 Once again the Texas legislature will be debating a number of critical issues that will have a significant impact on so called  “local control.” Unfortunately, the role of the state government and its political subdivisions (cities, counties and special purpose districts) is misunderstood, and this misunderstanding causes many to use “local control” as an argument against policy decisions. I am re-upping the op-ed I wrote in 2016 because it is necessary for everyone to once again understand the role of the state versus its political subdivisions when the legislature is debating these important issues. We must ensure that the discussion is on the merits of the policies themselves, not on the perceived effects of “local control.”
—

“Local Control: A Tool, Not A Rule” by Sen. Konni Burton

As we near the beginning of the next legislative session, tension between the state and local governments on a number of issues is apparent.
Whether it’s the growth of the local property tax burden on Texas families and businesses, restrictive ordinances killing innovation and driving out businesses, or even who goes to the bathroom where on public and private property, state government policymakers are increasingly at odds with their locally-elected counterparts.

While this type of tension between levels of government is certainly not new, the stakes have never been higher.

But let me be crystal clear: no such equality exists between the state and its own political subdivisions. Counties, cities, and all manner of special purpose districts (which include our independent school districts) are creations of the state government. They exist at the sole discretion of the state; receive their responsibilities, powers, and restrictions from the state; and are subject to the direction of the state.

Local officials often crow that state leaders are hypocrites for pushing back against the federal government while intervening in their own affairs, but such rhetoric is hollow and disingenuous, and attempts to obscure the state’s preeminent role in governing.

Most Texans reside in what is known as a “home-rule city,” which is a municipality with a population in excess of 5,000 that has, in accordance with state law, issued a charter for self-governance. Until this charter is laid down, a municipality is considered a “general law city.” The difference is simple: a home-rule city may do anything it wants so long as it does not violate the Texas Constitution or state law, while a general law city may only do things the state expressly allows them to do.

Obviously, most of our current tension is between the state and home-rule cities, whose leaders incorrectly assert that the same liberty the state grants them later precludes them from state intervention. Again, it is clear: a home-rule city may govern its people however it sees fit unless their actions violate state law.

Unfortunately, for many years Republican officeholders and candidates have fed into the myth of “local control” as an irrefutable governing rule.

However, Christine Sandefur, Executive Vice President of the Goldwater Institute, beautifully underscored the absurdity of this claim when she recently stated, “We don’t promote local control as an end in itself. We promote it as a means to achieve liberty. When it becomes destructive of those ends, when it’s in fact being oppressive, then absolutely we believe in state control.”

The government which governs least governs best, and when the political subdivisions of the state overreach, it is the responsibility of the state to intervene on behalf of its citizens.

Michael Pagano, Dean of the College of Urban Planning and Public Affairs at the University of Illinois at Chicago, was quoted in Governing magazine on the issue at hand: “States are sovereign. Local governments are not. States can impose on local governments what they wish. The policy issues change year to year, but underlying all of this is the question of how much local autonomy does the state feel it ought to tolerate?”

“Ought to tolerate.” Local control is a tool, not a rule, and it’s past time Republican state leaders stopped eschewing our rightful place as the promoters and defenders of liberty against all encroachments, even if they come from our own political subdivisions.