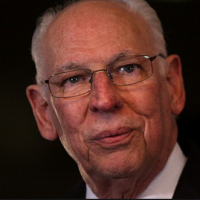 “Konni Burton is a long-time friend and tireless fighter for liberty,” commented Cruz. “We’ve stood side by side on the campaign trail many times, and I hope the people of Senate District 10 will join me in supporting Konni for the Texas Senate.”

Rafael Cruz’s support is the latest in a number of critical endorsements for Konni Burton in a hotly contested Republican Primary. Recent weeks have seen Konni endorsed by Congressman Kenny Marchant, State Rep. Matt Krause, and State Rep. Giovanni Capriglione. They are joined by a host of elected officials and party activists from across the Tarrant County GOP.

“I’m honored to be endorsed by Rafael,” commented Konni. “He is a man of the utmost integrity, and a true conservative hero in Texas. I will always remember working day after day alongside Rafael to elect then candidate Ted Cruz, and was inspired by his story and deep personal convictions.”