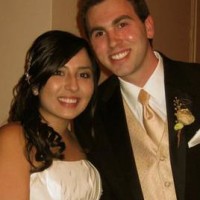 FORT WORTH, TX – Today, Sen. Konni Burton (Tarrant County) formally announced the hiring of Elliott Griffin to serve as her new Chief of Staff. Elliott joined the Burton team on October 1 after transitioning out of his role as External Affairs Director for Lt. Governor Dan Patrick. Elliott brings with him extensive experience from both inside and outside of the Texas Capitol. Elliott previously served as Political Director for then-candidate Dan Patrick’s statewide campaign. After their historic victory, Elliott helped staff the Office of the Lt. Governor as a member of the transition team. Elliott has also worked as a Chief of Staff for Reps. Wayne Christian and Matt Krause and was a member of Governor Rick Perry’s successful reelection campaign in 2010.

“I had a phenomenal staff last session and together we fulfilled our commitment to the voters of Senate District 10 to govern based on the principles of limited government, individual liberty, and free market economics. Elliott Griffin is deeply committed to these same conservative principles, is highly organized, and knows the legislative process in and out. Those qualities, along with his energy, enthusiasm and commitment to principle, made him my first choice for my new Chief of Staff. I couldn’t be happier to have him as the leader of our team as we work hard to prepare for the 85th legislative session,” said Sen. Konni Burton.

“I am thrilled to begin working for Sen. Burton and the people of Senate District 10,” said Elliott Griffin. “Sen. Burton is a strong conservative voice in the Texas Senate, and I respect the work she has already accomplished greatly. I look forward to contributing to her success and the success of the Texas Senate.”