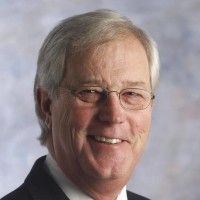 As many of you know, I have long been an opponent of corporate welfare and wealth redistribution. It’s particularly frustrating when I learn of government taking money from hardworking Texans right here in our community in order to put it into the pockets of politically-connected corporations.

Last Friday I wrote an op-ed bringing to light just how much money was taken from the public and small business owners and given to Facebook in the form of incentives – all for the commitment of 40 jobs.

After publishing my editorial, it was criticized on twitter by a couple of Texas reporters – Scott Braddock and Bud Kennedy. Not only did they profess that I was anti-business because of it, they also insinuated that my op-ed claimed Northwest ISD gave a tax discount to Facebook. Never did I even mention Northwest ISD.

In fact, all I said was money spent out of the Texas Budget goes toward public schools. I once again tweeted my op-ed to show that.

That’s when the most bizarre happened. Siding with the liberal media, Representative Charlie Geren took to twitter and tweeted that I had edited my original op-ed and excluded what these reporters were claiming. The problem for Geren is the op-ed was never edited, and I never made the reporters’ claims.

It is becoming clear to me that all of this push back is about taking attention away from the raw deal taxpayers are getting in the most recent “economic development” deal that landed in our community.

It is my hope Representative Geren will publicly retract and apologize for his incorrect remarks. I stand by what I said and will continue to fight for the taxpayer and the small business owner, not the billion dollar corporations that have more than enough money to do with it what they please.