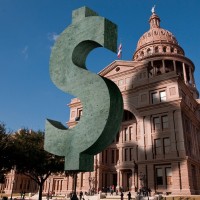 Austin, TX–Tuesday, Senator Burton voted in support of the committee substitute for HB 1.

Addressing some of her concerns, Burton stated, “Since entering public service I have advocated that crony capitalism does not play a role in how government should engage in the market place. This budget significantly reduces the film incentive program and eliminates the Emerging Technology Fund, which I appreciate. However, I will continue to work hard for a total repeal of these misguided funds.”

On the issue of tax reform Burton commented, “The Senate has budgeted for tax relief, which is a high priority. However, my hope is that my colleagues will be open to eliminating the franchise tax entirely. In addition, any property tax relief should focus on long-term reform for homeowners. Texans are being priced out of their own homes, and the Texas Senate should take measures to fix this problem.”