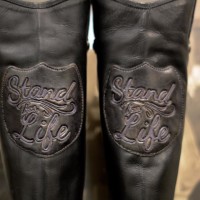 Today’s Senate Health and Human Services Committee hearing began what will hopefully be an in-depth, ongoing legislative investigation into Planned Parenthood and other abortion provider’s practice of profiting from the sale of fetal parts. Though the two largest Planned Parenthood affiliates in Texas were invited to the hearing, neither came. Their President wrote a letter to Chairman Schwertner this morning saying, “We believe this committee has no desire to hold a responsible, fair, fact-driven hearing. In fact, this committee cares more about political gamesmanship than the truth. Therefore, we decline the request to testify in person.”

Three and a half hours into the hearing, Planned Parenthood Gulf Coast’s general counsel made an appearance to submit her card as a witness so the organization’s written statement would be submitted as official testimony. After being repeatedly asked whether she was willing to verbally testify, Ms. Deborah Hiser said she advised the organization not to testify as they are currently under active investigation.

Planned Parenthood apparently did not have the courage to try and clear their name. Instead, they resorted to picking apart the group who investigated and revealed their disturbing practices. The Senate Health and Human Services Committee is a highly capable group of Democrats and Republicans, and Planned Parenthood should have appeared for a candid look into the practice of selling “products of conception”.

My thanks go out to Attorney General Ken Paxton, Commissioner Chris Traylor, John Seago, Abby Johnson, Carol Everett, and Kyleen Wright for testifying on this important issue. It’s important not only for thousands of unborn children but for the moral fabric of our society that is in jeopardy because of our stand, or lack thereof, on life.

I will continue to be in close contact with Chairman Schwertner, General Ken Paxton and my senate colleagues as we work to get to the bottom of any alleged lawless acts by these abortion providers.