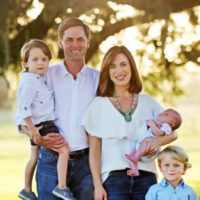 Kudos to Representative Mayes Middleton for filing legislation to ban taxpayer funded lobbying! Our office filed similar legislation during the 84th and 85th legislative sessions and it garnered bipartisan support. Now it’s time to pass this into law. Tax dollars should not be used by local governments to hire lobbyists who then work against the taxpayers interests down in Austin. Rep Middleton accurately describes this practice:

“Taxpayer-funded lobbyists are paid for by taxpayers, but they often advocate against taxpayers. Approximately $41 million was spent by local governments to hire lobbyists in 2017. However, the real cost is more than that; if taxpayer-funded lobbyists continue to be successful in killing property tax caps, taxpayers will be on the hook for an additional $8.7 billion in property taxes by 2024 according to a study by Governor Abbott. This practice must end.”

I totally agree. It’s why our office did not even accept appointments with taxpayer funded lobbyists. This is strong pro-taxpayer legislation but it needs your help in getting passed. Please contact your own House Rep in the district in which you live and ask them to support House Bill 281 filed by Rep Middleton!

State Senator Konni Burton Announces Tax-Payer Lobbyist Policy
(Austin, TX) Friday, Senator Konni Burton announced her office policy on conferring with lobbyists receiving taxpayer dollars to lobby on a particular bill. Burton’s office established the policy of turning away lobbyists when they are advocating for a position or bill on behalf of an entity using taxpayer dollars to hire them.
“We’re happy to meet with any individual in our office,” commented Chief of Staff Art Martinez de Vara. “However, if a lobbyist is taking taxpayer dollars to in turn lobby the Legislature, they will have to skip our office until they have issues their other non-taxpayer funded clients are advocating for.”
Burton commented on the policy stating, “Many taxpayers don’t even realize their own money is being used to pay lobbyists who are down in Austin, advocating for policies that could be in direct conflict with their own beliefs. As I said on the campaign trail over and over… I am here to defend and represent the taxpayer. Shining a light on this practice by not participating in it is helping to do just that. Our office is more than willing to meet with any lobbyist regarding issues facing businesses, individuals, or trade organizations, just not those who are getting paid with taxpayer dollars, who very well could be pushing policy that is in direct conflict with the will of the people. We are happy to work with local officials directly, and we would rather see these tax dollars that are used to pay lobbyists returned to the taxpayer, where it belongs.”