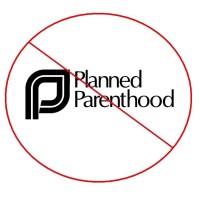 Governor Greg Abbott announced that Texas would no longer allow Planned Parenthood to participate in the state’s Medicaid program, citing that “Planned Parenthood and its affiliates are no longer capable of performing medical services in a professionally competent, safe, legal and ethical manner,” and that the “termination of all Planned Parenthood affiliates will not affect access to care because there are thousands of alternate providers in Texas including federally qualified heath centers, Medicaid-certified rural health clinics, and other health care providers across the state that participate in the Texas Women’s Health Program and Medicaid.”

The significance of this announcement simply cannot be overstated. I applaud Governor Abbott for his bold leadership on the fundamental issue of life.

The left and its allies in the media will assuredly shout that this is another example of the so-called “war on women,” and unfortunately many of my fellow conservatives will take the bait and feel compelled to engage in this feckless argument. We should all resist allowing the Left to set the terms of the debate. Instead, we should focus on our constitutional principles and core values, of which there is none greater than the basic right to life.

Earlier this year, I wrote an op-ed in the Fort Worth Star-Telegram on Planned Parenthood and the myths that surround the organization. I encourage you to read it and share it with your friends, because as pro-life conservatives, the facts are on our side. We need to be unafraid to win the actual debate–the one about what we stand for as a state, and as a nation, and the value of every human life.