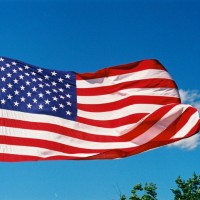 From our very beginnings, the entire world has recognized the exceptional and unique character of the trailblazers that founded our country. William Pitt, former British Prime Minister and titan of British politics, recognized the American colonists would not stand for crippling taxation from across the Atlantic, especially with no voice of their own in Parliament. Pitt famously commented in the House of Commons “I rejoice that America has resisted… The gentleman asks, ‘when were the colonies emancipated?’ But I desire to know, when were they made slaves?” Not long after Pitt uttered these words the colonists would indeed throw off the shackles of a government that refused to listen to them.

Independence Day is a time to look back at our nation’s accomplishments and set our sights on the next great leap forward we can make as a people. Unfortunately, we get lost in the headlines or wrapped up in the latest bad news splashed on our televisions. In fact, a recent Pew poll showed many Americans are losing their sense of pride in our country. The poll showed a clear divide between the right, still steadfastly “Proud to be an American,” and the left, who aren’t nearly as sure our nation is worthy of pride. It’s a sad day when any American, rich or poor, left or right, can’t feel a sense of pride and opportunity about what they’ve inherited.

Americans have much to be proud of. In the roughly 238 years since the signing of the Declaration of Independence, the United States has created more prosperity, provided more innovation, and fought in far-flung places across the world to defend democracy. The sacrifices of previous generations require us to take up the torch of freedom, protecting our hard-fought gains, and advancing the cause of freedom even further.

This Independence Day, surround yourself with friends and family. Reflect on the sacrifices made to keep our land free. Be mindful of what you can do as an American to enrich the lives of those around you. Most of all, this July 4th, be proud that you’re an American.