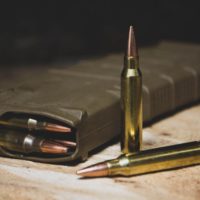 An evil person took innocent lives last week right here in Texas. In El Paso, a murderous man went on a violent rampage with the express goal of killing minorities and causing terror in our communities. Horrific scenes such as these deserve responsible reporting as the situation develops in real-time and should never be “reported” in a way that seeks to profit off of fomenting fear and division among Texans.

However, as victims’ families and friends were still just learning of the news, as the injured were still fighting for their lives, the political-media-industrial complex wasted no time politicizing the horror in order to desperately prove their narrative.

We’ve seen this kind of “reporting” before, but Trump derangement syndrome is so real and so out of control that the media and its political allies seemingly cannot wait to tie tragedies like this to those of us who believe in the constitutional right to keep and bear arms. And during this particular tragedy, it is particularly egregious to seize the words allegedly written by the mass killer in a manifesto to “prove” some kind of parallel to those who advocate for common-sense border policies—the animating issue that drove 63 million Americans to vote for President Trump.

Insisting at the top of their lungs that the President of the United States and therefore his supporters are all white supremacists is not only patently false and repulsive, but only serves to cheapen real acts of white supremacy and take the blame away from where it actually lies—with the perpetrator.

Why the media wants to make an evil mass shooter the avatar of half the country is beyond me, but it’s doing real damage to our political culture.

We are a society of individuals, not a collective. But you wouldn’t know that based on the rhetoric that too many in the media and on the left spew after such an event. Take Representative Castro’s recent tweet as he disgustingly seized on the El Paso tragedy by doxxing homemakers, retirees, and small business owners for exercising their freedom of speech by supporting the president’s campaign. In his tweet Castro stated that “their contributions are fueling a campaign of hate that labels Hispanic immigrants as ‘invaders.’”

Really? That’s interesting, because as he soon found out, some of these same contributors Castro was working to shame, not only gave to Trump, but also gave to Rep Castro.

Castro’s allies in the media were quick to defend him, saying that all of that donor information is publicly available. This is the same media that says the President puts the life of Representative Ilhan Omar, a member of congress, in danger just by tweeting about her. Their hypocrisy knows no bounds and I, personally, only see it getting worse, not better. The media is fully on one side of the political aisle.

This was the first high-profile mass shooting in Texas since we founded The Texan, and when our editorial team deliberated how we would break the mold of the establishment and cover this event conscientiously, this is what we decided.

First, the most important aspect of this story was concern and respect for the families, friends, community, and specifically the victims involved—not to be first out with the story, but rather acknowledge the victims’ humanity by being overwhelmingly cautious and waiting for every single detail to be confirmed by the pertinent authorities—something so many of us have forgotten how to do during these times of evil acts.

Then, in our coverage, we knew we would not in any way share the name of the man who committed the murders, we would not publish his photo, nor his manifesto. There would be no light shone on the one who committed this act; we refuse to be responsible for a cycle of infamy that makes ideological terror more common.

That’s what we promise ourselves and promise our readers. It’s unfortunate that we seem to be the exception, not the rule.

There is a war of ideas raging in the media throughout our state and nation, which is why I started The Texan. The handling of the horrific events in El Paso remind us why we need news we can trust, not just narrative pushing. If you’re one of our subscribers, I thank you for supporting our efforts. If you haven’t subscribed to our news site, I sincerely hope you will consider joining us today. We must all do our part to put an end to the pervasive narratives that contort the important issues we have to grapple with as a free people.