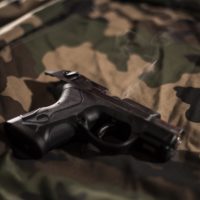 Contrary to what the mainstream media or Democratic presidential candidates may tell you, we do not live in a direct democracy.

However, you wouldn’t know that based on the mob mentality that seems to rule political decisions today.

Cries from the mob to do something, particularly after horrific events in our country, are instantaneous and deafening. Left of center newspaper editorial boards are quick to jump on the bandwagon; penning op-eds to strong-arm public opinion and legislation in their direction.

Unfortunately, elected officials allow themselves to be influenced by this do something mob far too often. Of course, there are a myriad of unprincipled elected officials who instantly cave to the thundering cries.

But even once principled legislators are becoming weak and are cowering to the mob.

Our founders feared the abuse of the majority and designed our system of government — a Constitutional Republic — to prevent expeditious majorities from running roughshod over the rights of their neighbors.

One of those rights, of course, is the right of the people to keep and bear arms — the Second Amendment.

This right is inalienable, not granted to us by government, but rather a natural right endowed by our Creator. It gives us the ability to protect ourselves, our family and our property, and most importantly — to protect us against a tyrannical government. Government’s role is to protect our rights, not infringe on them.

And that leads us to where we are now, with the calls to do something in the wake of the recent mass killings and with that the threats of more infringements on our Second Amendment right from the very people who are supposed to protect those rights.

Lt. Governor Dan Patrick recently sent an adamant email to supporters after receiving pushback regarding his openness to expanding background checks for gun purchases. In his email, he stated: “Every public poll I have seen in the past year shows there is broad support for expanding background checks,” as if that alone gives him the authority to infringe on the rights of citizens.

What if every poll he’d seen showed there is broad support for abortion? Would he suddenly be calling for broader abortion access? Of course not. Polling doesn’t determine whether or not our rights should be defended. Our second amendment right must be defended just as stridently as our right to life.

Fort Worth Mayor Betsy Price joined other mayors in signing a letter urging the U.S. Senate to pass legislation that would “strengthen background checks and close serious loopholes for gun sales,” because “those measures have bipartisan support.”

Even bipartisan support is no justification to trample on the rights of the people.

Instead of showing true leadership, we’re seeing social media posts and resolute emails from elected officials who are joining in the chorus of the do something crowd. Even worse, the actual data shows the proposals they are pushing would do nothing to stop another madman in the future.

But hope is certainly not lost. The cries of the mob and the lack of resolution from state leaders has stirred some legislators to speak out in ardent defense of our right to personal defense.

State Rep. Matt Schaefer, in light of the recent shootings, released a series of tweets condemning the call for lawmakers to hastily do something.

“‘Do something!’ is the statement we keep hearing. As an elected official with a vote in Austin, let me tell you what I am NOT going to do.

“I am NOT going to use the evil acts of a handful of people to diminish the God-given rights of my fellow Texans. Period. None of these so-called gun-control solutions will work to stop a person with evil intent.

“I say NO to “red flag” pre-crime laws. NO to universal background checks. NO to bans on AR-15s, or high capacity magazines. NO to mandatory gun buybacks.”

Rep. Schaefer faced immediate and intense scrutiny from folks across the political spectrum and even garnered national attention from leftist Hollywood-types in response to his statements. And yet, he didn’t back down. Instead, he showed the leadership we so desperately need, and rightfully, continued to stand for the inalienable rights of those who elected him.

We do have leaders who choose to lead, and it’s our duty to stand with them, while holding those who do waver accountable. Stay vigilant, Texans.