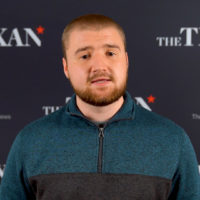 When I started The Texan, in 2019 I did so because I was sick and tired of the left of center narrative Texas media consistently pushes with their “reporting,” creating the fake news we’re so tired of reading.

So, when the awesome staff at The Texan came up with the idea to create a countdown of the top 10 fake news stories of the year, I was all about it! Not only did they painstakingly create the list, but they also produced quick social media videos addressing each one of these egregious stories and dedicated a whole podcast explaining in more detail the reasons for each of the picks.

But in case you missed any of that awesome content, I want to recap for all of you the top 10 most fake news stories of 2019 — ranked from bad…to worse.

This year, counties in Texas began passing resolutions saying they would uphold the constitution and not adhere to any state or federal firearm laws that were unconstitutional.

Texas Monthly’s coverage cherry picked comments, including one from a man who said he was scared Republicans “want to kill people like me” because he is bisexual, and quoted terribly unreliable sources like the Southern Poverty Law Center. Their coverage grossly misrepresented the vast majority of those who support the passage of the resolutions, who simply want to protect their constitutional right to self defense.

Since 6 Republican congressmen have chosen to retire this year, mainstream media has repeatedly suggested that these retirements are due to 2020 apprehension in light of the “blue wave” that resulted in big gains for Democrats in 2018.

However, if you dig just a bit deeper to look at the districts and talk to those close to the members, it becomes clear this is not true whatsoever…especially considering the majority of those retiring represent safe Republican districts.

The left of center media has consistently reported on the border issue only from the perspective of those trying to enter illegally and the plight of the countries they are trying to flee, leaving out the perspectives of those who are working to become American citizens through the legal system or the strained resources and tied hands of law enforcement.

The concerns of Texas citizens regarding the rule of law or the drug and human trafficking epidemic at our border are not addressed in mainstream reporting. The consistent push of the “kids in cages” narrative as a Trump-only issue, even though this exact environment existed under Obama has been nauseating to listen to.

At a town hall for constituents, Rep. Chip Roy (R-TX-21) temporarily stepped offstage after the heckling of protestors wouldn’t allow Rep. Roy to speak to the attendees. After the protests subsided, he returned to the stage and finished the event.

Despite the benign nature of this move, KVUE’s television coverage claimed that Roy walked out of the event midway through, painting an entirely different scenario. Meanwhile, the Austin American-Statesman made shameful editorialized comments regarding Israel in their recap of the town hall.

After gun activist Chris McNutt campaigned in Texas House Speaker Dennis Bonnen’s neighborhood in favor of constitutional carry legislation, he was accused by Bonnen of aggressively approaching the speaker’s house while his wife and children were at home — and even accused of brandishing his weapon.

However, the DPS dashcam footage released after Bonnen’s accusations exonerated McNutt of Bonnen’s claims and showed McNutt approached the DPS officers guarding Bonnen’s street and spoke politely with them about the legislation without ever approaching the speaker’s front door.

At a press conference following the death of a police officer, Chief Art Acevedo blamed Senators John Cornyn and Ted Cruz in a grossly politicized move for not passing the Violence Against Women Act (VAWA) — which he claimed would have prevented the officer’s death.

In reality, it would have done nothing of the sort. The criminal responsible for the death of the officer had a domestic abuse violation on his record and therefore was already in violation of the law for possession of a firearm.

Instead of exposing these statements as political propaganda, the Houston Chronicle doubled down and supported these false claims made by Acevdeo.

Waskom was the first city to pass an ordinance that essentially outlawed abortion within its city limits. The story went viral, and legacy media outlets wasted no time in spreading a biased narrative.

These outlets made a point out of the fact that the council that passed the ordinance was comprised of all white men (furthering the left’s identity politics narrative), mislabeled the ordinance as a nonbinding resolution, falsely claimed the ordinance would violate Roe v. Wade, and ignored the intent of the ordinance’s passage was to keep abortion providers from entering the city.

After 9 Americans were tragically murdered by a violent Mexican drug cartel, these outlets chose to spotlight the Mormon background of the victims rather than honor their lives — 3 of which were women and 6 of which were children.

The headline of the Los Angeles Times read, “Massacre of U.S. citizens puts spotlight on Mormon community with deep roots in Mexico,” while the headline of the Associated Press read, “Mexico killing highlights confusion over Mormon groups.”

Tarrant County’s own Sheriff Bill Waybourn was invited to speak at a White House press briefing regarding border security. However, within minutes of his remarks, Texas media outlets disgustingly tweeted out total misrepresentations of his comments.

The press claimed the sheriff called migrants “drunks” who will “run over your children,” when in fact he was directly speaking about recidivism rates. The sheriff’s office had to release a statement clarifying that “he was speaking toward the charges of DWI and DWI repeat offenders in the context of illegal immigration.”

Very little was done to correct this massive misstep taken by Texas media.

And finally, the #1 fake news story of 2019 goes to the Dallas Morning News for their coverage of James Younger, a 7-year-old boy caught in a custody battle between his mother, who wanted him to be “socially transitioned” to a girl, and his father, who wanted to employ a “wait and see” approach.

Many national outlets completely botched the story, but the Dallas Morning News, a “local” outlet that is supposed to serve as an unbiased source for the local community, was among the worst offenders. The story was framed in a way that sensationalized the specifics of the case, left out a myriad of important details, and spread misinformation about an incredibly important legal battle that would forever impact the lives of this local family.

I wish I could say that this is all… unbelievable! But frankly, we know this is all very believable. It’s what we’ve come to expect from legacy media outlets, unfortunately.

The good news is that the team at The Texan wrote a story about each of these instances that simply stated the facts and, when necessary, provided clarity when a story was muddied by the reckless tactics of legacy media. The Texan is the alternative you’ve been searching for!

This is why we exist.

As we launch into 2020, make it your resolution to support real journalism in an age of disinformation.

In fact, if you subscribe to The Texan today, you’ll not only receive unlimited access to the most reliable journalism in the state, but you’ll also receive a free “Fake News Stops Here” mug with your subscription.

Start the new year off right and join me in the fight against fake news. We can’t do this without you.